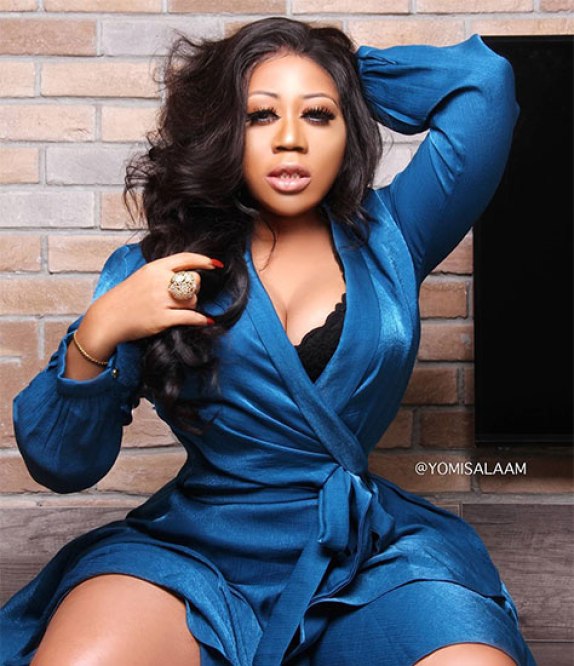 In her revealing words Moyo had taken to Instagram to pride herself as one who doesn’t get dumped by her boy friends.

“I have never had a boyfriend who left me,” she wrote. “Does that give me a bragging right. (even if he walks away in anger he will still walk back to beg) p.s I have just never been able to forgive a wrong done.”

However, a follower who disagreed with her on the post commented that she had only been used.

The follower wrote: “I have never had a boyfriend who left me’ fine. But you’ve had boy friends who used you. You don’t know whoever do the dumping doesn’t matter to guys provided they don chop clean mouth. You are even helping them to move to look for other hot chicks”

The actress however, fired back stating that she wasn’t used and she hardly have sex with her partners.

“Who did they use? Lmao. Hunckle I hardly have sex and you are talking about using. The only thing they could have used me to achieve is to grow and ain’t nothing wrong about that,” she replied.