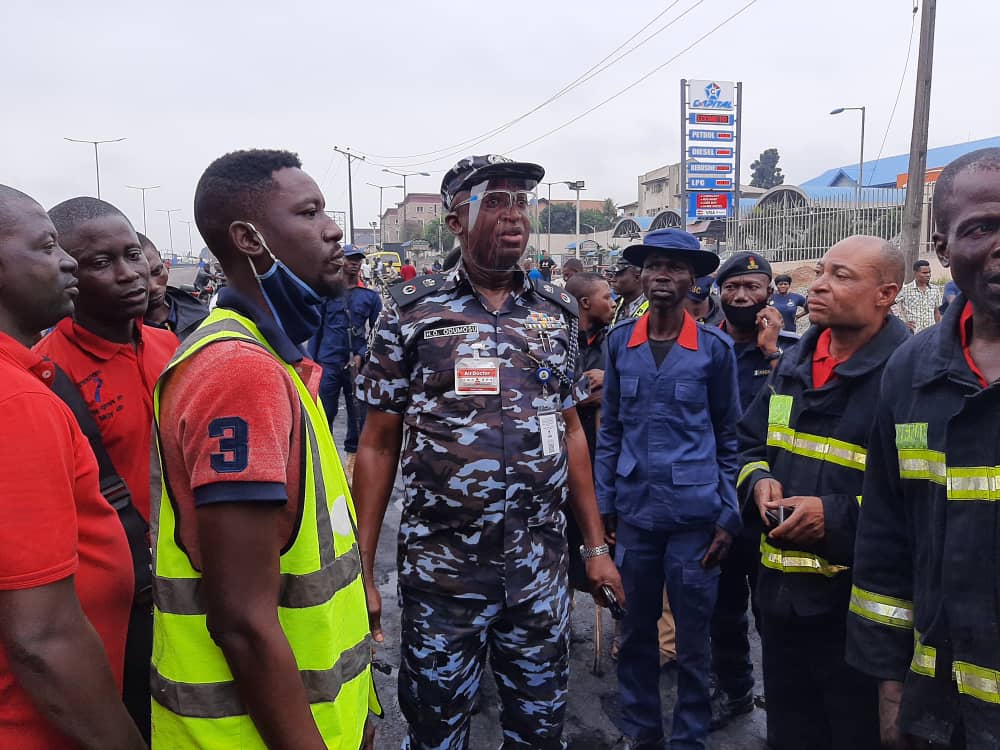 Today 17th October, 2020 at about 2.30am, there occurred an accident involving 2 tankers laden with PMS and a container at Otedola end of the Lagos/ibadan expressway.

The commissioner of police Lagos state has visited the scene for on the spot assessment and evacuation for ease flow of traffic, assited by the operatives of the Road Safety Corps, Nigerian security and civil defence corps, LASMA, NEMA, LASEMA, and the Fire service of Lagos State, who have been working assiduously on the evacuation since 2.30am.

According to preliminary findings, the accident was caused by a container driver who lost control and rammed into a tanker laden with PMS, and caught fire. No live was lost. All efforts are on to ease traffic along the expressway.