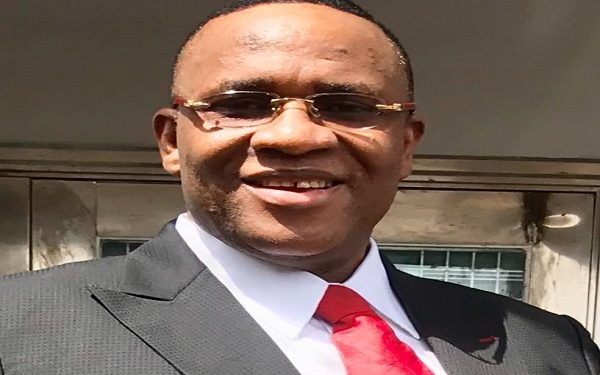 It was June 15 around 1pm. I was investigating the LAWMA fraud when I decided to call Honourable Tunde Braimoh, the Lagos House of Assembly spokesman, for certain information.

“My brother, I am on my way to Landmark (isolation centre) now. I just lost a brother and I am going there to take his corpse,” he said on the phone, sounding down and distressed.

I profusely apologized. But he told me to call the member representing Surulere constituency, Desmond Elliot, who was in a better position to comment on the issue.

I did not know the ‘brother’ he was referring to. I got to the newsroom and got the news: Bayo Osinowo is dead! Osinowo was a four term Lagos Assembly member and was the Senator representing Lagos East before his death.

Then I read that the death was from COVID-19 complications. Then I also heard he died at a Lagos isolation centre.

I connected the dots and realised Braimoh was referring to Osinowo when he told me he lost a brother.

I called him back later in the evening to tell him how sorry I was and asked for details of the incident, which he graciously shared.

He also told me he was already leading a few friends in conveying the corpse to Ijebu Ode for burial.

The following day, I called him for an update and he told me how the burial went and said wonderful things about the deceased and how he supported him (Buraimoh) to become the chairman of Kosofe LGA at a time.

“Honourable Osinowo was an enigma. He was a great nationalist and a political figure. He was a pragmatic, result-oriented man; loyal and forgiving. He never took anybody for granted, always believed something can come out of anybody,” he said during the phone chat, which we reported the following day.

This morning, while still feeling sleepy on the bed, I got a call from my editor and was asked to confirm a report: Braimoh is dead!

I was in shock. I made frantic calls to sources and they confirmed the news.

This thing is real.

Please save yourself and your family by keeping safe. Wear nose guards always. Wash your hands. Don’t go out except really necessary. Don’t receive strange visitors. And pray always.

These are difficult times. People are dying everyday and more will still go. May God help us all.