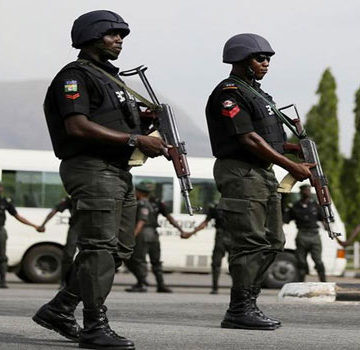 Some policemen suffered an attack upon storming a “hospital” in a Umuocha community in Oguta council of Imo state, while trailing a man who allegedly stole a baby from its mother at gunpoint.

Upon entering the health facility the man they were trailing ran into, the policemen saw many children and expectant mothers allegedly used for child trafficking.

However while asking questions about the property, the owner of the hospital identified as Innocent Onuoha allegedly mobilised youths of the village who surrounded the building, demobilised the police vehicle and attacked the four policemen with different objects, inflicting various degrees of injuries on them.

A member representing Oguta State constituency in the state house of assembly, Frank Ugboma intervened and helped the policemen escape from further attacks.

The Nation reported that Ugboma said;

“The policemen told me that immediately they stormed the illegal baby factory disguised as hospital, the owner raised the alarm and the youths came out and started resisting the police from arresting the man. They overpowered the policemen and destroyed their vehicle that night while the policemen managed to escape”.

The state police spokesperson,  Orlando Ikeokwu confirmed the incident and also disclosed that the owner of the baby factory was arrested but released by the youths. A police inspector also sustained injuries in the attack.