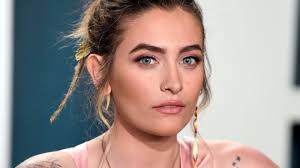 The forthcoming indie film Habit stars Paris Jackson as Jesus, and Bella Thorne as a ‘street-smart party girl with a Jesus fetish’.

And the movie is making waves before it’s even released, with a Change.org petition protesting the film racking up more than 260,000 signatures.

The petition’s founder, Vivian N., called Habit, ‘a new blasphemous Hollywood film’ and slammed it for portraying Jesus as ‘a lesbian woman’.

Vivian’s statement read, ‘A new blasphemous Hollywood film is predicted to come out soon depicting Jesus as a lesbian woman.’

‘The film “Habit” stars Paris Jackson who plays the role of “lesbian Jesus”.’

‘Distributors haven’t picked it up as of yet, so let’s please spread awareness and wake people up to the Christianophobic garbage that is spread nowadays, but is somehow accepted and praised by society.’

Vivian targeted the petition toward Warner Bros. and Lionsgate.

Filming has already wrapped with the project in post-production as of April, though there are no release plans in place at this time.

The story follows a ‘street-smart party girl with a Jesus fetish,’ reportedly played by Thorne, who finds herself in some trouble.

After she finds herself in the midst of a violent drug deal, she finds a way out by pretending to be a nun, hence the title.